Warning: "continue" targeting switch is equivalent to "break". Did you mean to use "continue 2"? in /homepages/3/d105520502/htdocs/clickandbuilds/TheAquaticPlantSociety/wp-content/themes/ken/framework/includes/minify/src/Minifier.php on line 227
 The Aquatic Plant Society – My way to grow moss or the highway jk 
Warning: count(): Parameter must be an array or an object that implements Countable in /homepages/3/d105520502/htdocs/clickandbuilds/TheAquaticPlantSociety/wp-includes/post-template.php on line 284

My way to grow moss or the highway jk

How I grow moss

this is probably where you’ll make or break…You want your moss not to be shaded to grow perfect fronds as well not high enough to get algae. My old rule was about 2 watts per gallon, but thats outdated. Your lighting will also be based on how much plant life you have as well as moss in the tank. Pack everything the better your odds of success. Examples, a standard 55g two t8s or t12s would do you justice, 1 t5 would do you right, 1 led fixture would do good. Lighting is something you really have to balance. Like I said this will make or break the tank. If you get the balance of light right, you’ll find the closer the moss is to being emmersed, the way better the growth, thickness, perfectness, uniformness….

Oxygen is very beneficial to moss. I believe co2 in small amounts is too but if too high, I’ve seen algae problems this way, this is not with all. Fissidens is a natural aquatic species and does well in high co2, however most other mosses are semi-aquatic, and then theres’ terrestrial mosses that just don’t grow in water at all. But back to oxygen, pump as much filtration in the tank as possible, you’ll see no matter how much filtration you put it won’t matter, the moss will grow fast and faster and so on..The cleaner the water the better too. With debris on moss, most mosses aren’t really sponges like riccia or mini pellia, so the debris will actually hinder moss growth or even kill it off. The SunSun filter is a great filter due to its size and gph. I on my 55g use two AC110s…Over filtration is definitely a positive to growing moss.

Tying your moss is a key to growing moss. You want to wrap it if your using cotton string or line as much as possible but don’t overdo it. Its kind’ve hard to overdo it anyways. It doesn’t take a rocket scientist to know whether its been overdone or not…if you have more string or line than moss, than you overdid it. If the moss is loose, than you under did it. Moss will still grow if under done, but if you get it right and perfect, it’ll give you better fronds. It’ll adapt better, it feels like it can attach and will do, unless its a moss that doesn’t attach

Adaptation is key in growing moss, you must be patient for mosses to adapt, some do better than others, especially the taxiphyllum sp. i.e.. java, flame, peacock and so on. With more oxygen the faster i believe the rate of adaptation. Pretty much every plant needs to adapt cause they’re coming from different tanks and environments and so on, co2 speeds this up as well in stem plants and other plants.

Thats all for now…

Error: (#10) This endpoint requires the 'manage_pages' or 'pages_read_user_content' permission or the 'Page Public Content Access' feature. Refer to https://developers.facebook.com/docs/apps/review/login-permissions#manage-pages and https://developers.facebook.com/docs/apps/review/feature#reference-PAGES_ACCESS for details.
Type: OAuthException
Code: 10
Please refer to our Error Message Reference.
Site Copyright 2014 The Aquatic Plant Society All Rights Reserved. All content is owned by its respective author/creator.
The Aquatic Plant Society
The Aquatic Plant Society is dedicated to promoting the science and aesthetic of the Planted Aquarium. We are committed to a responsible and environmentally conscious pursuit of the hobby, and invite all to share in and add to our knowledge.
TAPS is Social 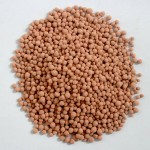 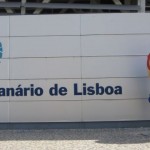