Warning: "continue" targeting switch is equivalent to "break". Did you mean to use "continue 2"? in /homepages/3/d105520502/htdocs/clickandbuilds/TheAquaticPlantSociety/wp-content/themes/ken/framework/includes/minify/src/Minifier.php on line 227
 The Aquatic Plant Society – Corydoras Hastatus Breeding 
Warning: count(): Parameter must be an array or an object that implements Countable in /homepages/3/d105520502/htdocs/clickandbuilds/TheAquaticPlantSociety/wp-includes/post-template.php on line 284

It has been a while since I got these rare little cuties and while I’ve had some terrible luck with them there have also been moments of joy and amazement.  I first got them in the winter and kept them in the sump of a high tech setup, thinking I’d fatten them up before moving them into a breeding tank which has not been set up at that point.  Fast forward a few months later when I still have not found the space to set up a new tank but the hasties (tm by my friend J who shows up later in this story) did not wait and started laying eggs in the refugium.  This was my first taste of breeding cories and I was hooked. Sadly the fry never made it past a week for whatever reason even though the refugium was chock full of fast growing plants.  At the same time, I found that 1 or 2 adults would be dying each week.  This strange phenomenon also affected the pygmy cories in the refugium but left all the fish in the main display alone.  Finally the amount of losses added up and I could take no more.  Brought back out the qt tank and moved the hasties there for observation and medication. The hasties had pop-eye or internal streaking as symptoms when they passed which google suggested was an internal bacterial infection so off to the LFS for antibacterials.  One round of mardel maracyn and maracyn-2 did not help (the meds were expired by a few months so the shop gave them to me for free and it seemed like they would be easier on the biofiltration so I tried it first) but the next round of triple sulfa seemed to help. 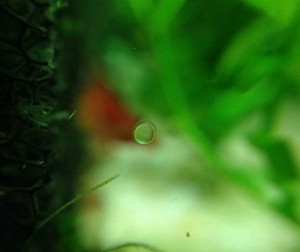 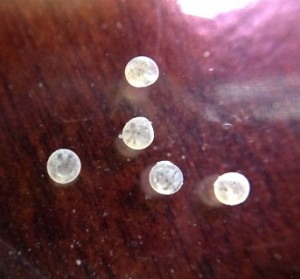 Now I was down to 3 semi-healthy adults (luckily it was a breeding trio 2m 1f) but with some physical damage to the fins.  I was taking no chances so brought out the UV from storage to prevent any further bacterial infections.  These 3 graced me with 20-30 eggs a week which were always removed into a container because somehow they were getting eaten.  I believe they were fungused for the most part so they were being eaten by the RCS.  Even in the container, entire batches would be lost in 2-3 days and the eggs were milky white. I surmise this was probably due to the stress of medication and getting used to a relatively bare tank.  After a few weeks though the eggs started being viable again and they grew into the current batch that I have photos of.  Of course my terrible luck rears its ugly head and I lost one of the males who never fully had control of his left pectoral fin.  With the loss of competition, the other male was no longer in the mood and he passed a week after with a similar fin condition.  The last lonely female also passed with pop-eye a week after that.  Maybe my batch was just sensitive? Or are all hastatus cories this sensitive?  My friend J graciously let me have a breeding trio last week since hers didn’t seem to be spawning so here we are today with 3 adults and 22 fry.  The female is super chubby but there is no sign of any chasing activity.  It should rain heavily tonight so having done a big water change my fingers are crossed 🙂

Onto the fry. I’ve gotten some nice closeups with a cheap iPhone macro lens. Its very handy and useful but it doesn’t focus well so some pictures may be blurry.  I use reconstituted RO water to a gh of 3 and a kh of 1.  Temps are around 76-80 depending on weather since the fan sometimes cannot keep up in the summer especially on days when it gets to 90 degrees outside.  My tank has a thin layer of sand and is filtered by a hamburg mattenfilter.  At night the fry come out and most of them are on the mattenfilter which makes it easy to identify that they are still alive.  Since its my first batch that has been doing well, I used this chance to suction them with an airline tube off the mattenfilter at night and put them into a breeding box thats hanging on the tank.  It is powered by an aqualifter so there is some turnover and yet small enough that I can massively dump a high concentration of food in the box without spoiling the water since its connected to the 20long.  This way I also dont have to worry about underfeeding or overfeeding and spoiling the water quality.  In the breeding box are random pieces of moss and a thin layer of sand.  I feed live BBS that I make every other day and microworms.

At 3 weeks I also started putting in some dry foods and decap brine shrimp eggs but I dont think they are really interested in that.  If I am slow or late with the live bbs, their stomachs seem rather empty.  The breeder box gets vacuumed daily with an airline hose and the water recycled into the main tank where the adults seem to perk up immediately and start foraging.  Given how sensitive the adults have been for me, I held off on writing this but some of the fry have started exhibiting adult coloration around week 4 so I’ll take a chance on jinxing it and share my experience and pics with everyone. 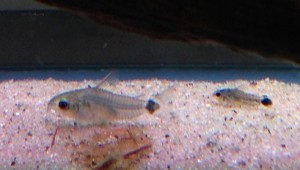 Please visit us at www.theaquaticplantsociety.org

Error: (#10) This endpoint requires the 'manage_pages' permission or the 'Page Public Content Access' feature. Refer to https://developers.facebook.com/docs/apps/review/login-permissions#manage-pages and https://developers.facebook.com/docs/apps/review/feature#reference-PAGES_ACCESS for details.
Type: OAuthException
Code: 10
Please refer to our Error Message Reference.
Site Copyright 2014 The Aquatic Plant Society All Rights Reserved. All content is owned by its respective author/creator.
The Aquatic Plant Society
The Aquatic Plant Society is dedicated to promoting the science and aesthetic of the Planted Aquarium. We are committed to a responsible and environmentally conscious pursuit of the hobby, and invite all to share in and add to our knowledge.
TAPS is Social 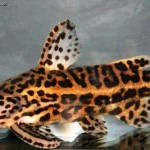 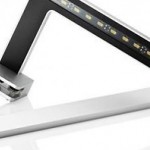